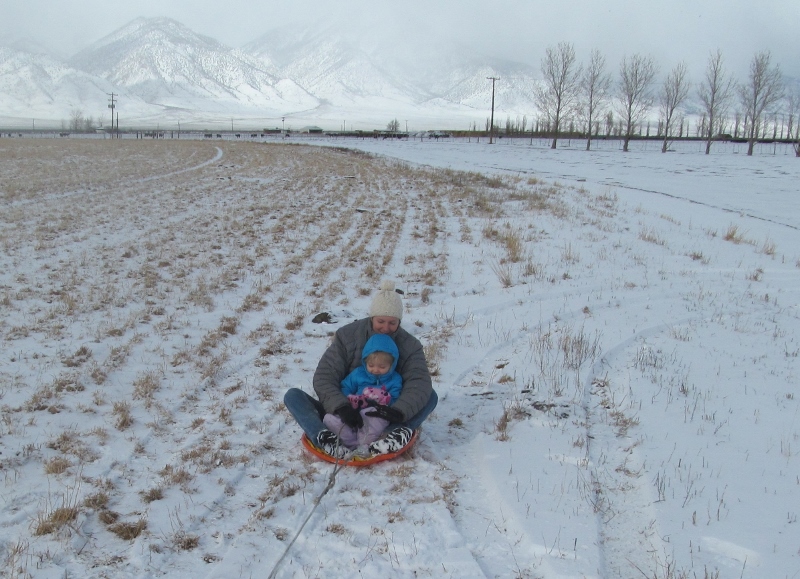 Whew! It’s several days after Christmas, and I’m still worn out. Last Friday, we opened presents, broke ice for the calves, played in the snow, took a warm-up break in the house, ate gingerbread cookies, then headed back out into the snow for more wintery fun.

Baby Milo was so tuckered out after watching us open presents, he just conked out beside the tree. This was after he rolled over for the first time and no one was around to witness the milestone. Second Baby Syndrome. It’s real, folks. 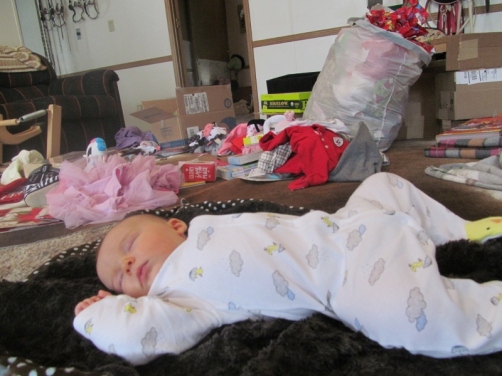 After we ate breakfast and checked the calves that Jim is taking care of this winter, we hitched the sled up to the pickup and took a little spin around the barely-covered pivot. I grew up in Big Springs, California and if I see a half-inch of snow on the ground, I’m pulling on my long handles and heading for the door. We kids from Quartz Avenue ain’t scared to do a little mud sledding. 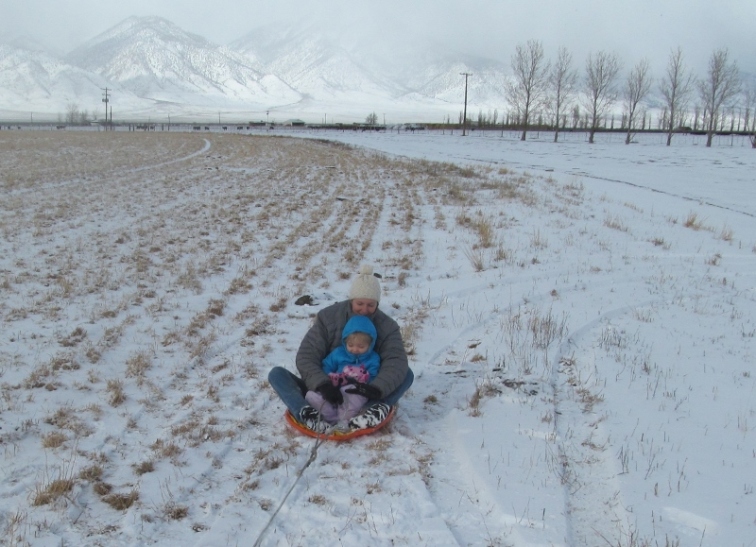 After a wreck, my co-pilot held the rope while I got our seat set. When you’re sledding in Levi’s, it doesn’t hurt to sit on a slicker you found in the back of your husband’s work truck so you don’t get your bum wet. 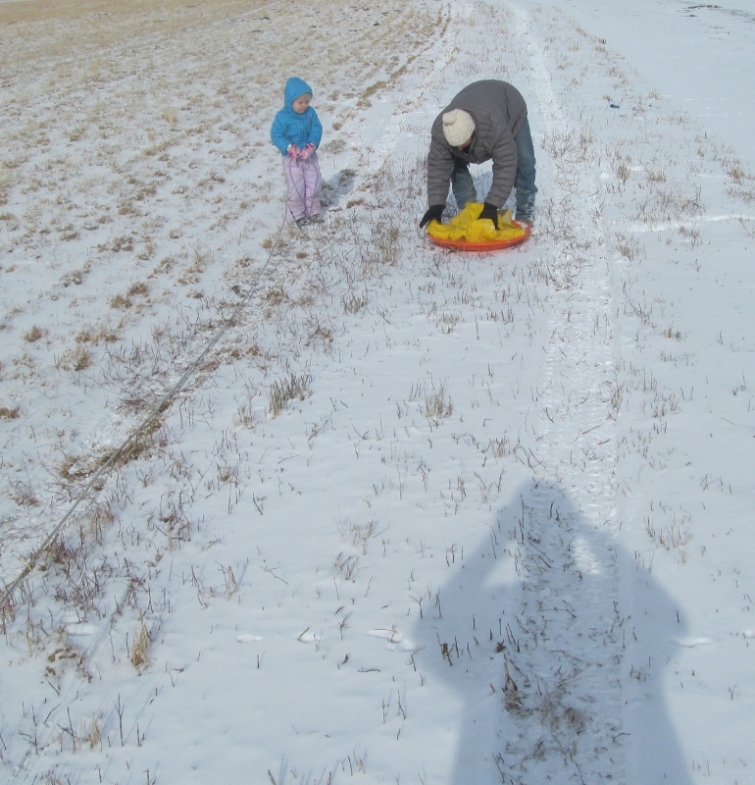 After another one of our wrecks (when snow/mud sledding, a gopher hole can really getcha), I decided to get serious and screw my hat down tight for the next go-round. My helpful co-pilot is again holding the rope while I get set. 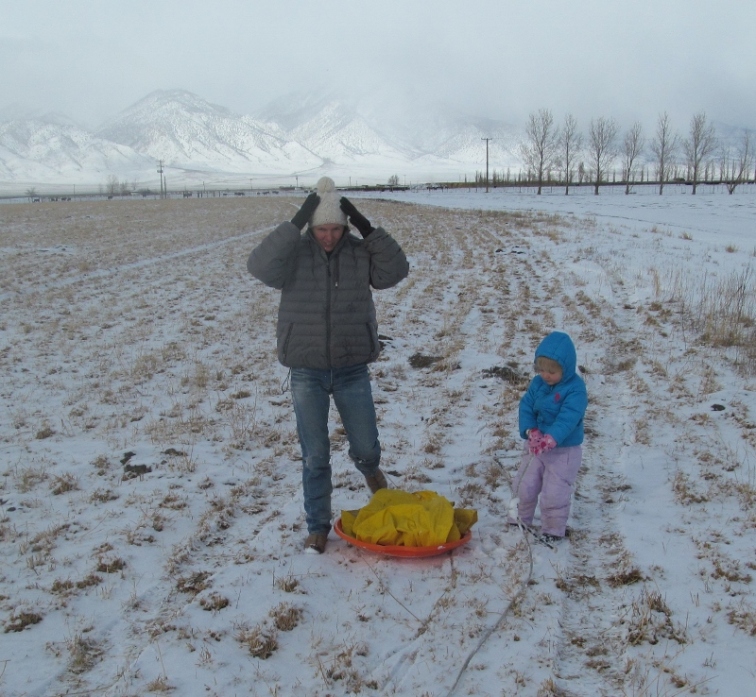 We sledded until we shredded. I can chalk this up to 1) needing to lose more baby weight, 2) the folly of buying the cheapest sled ever manufactured, or 3) things that happen when sledding over insufficient snow. 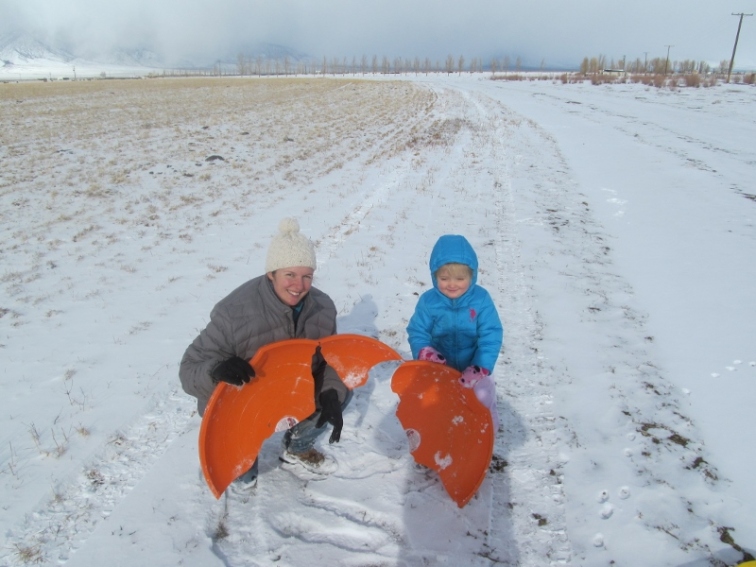 We loaded up the pieces and headed to – of course – the ranch dump, where Jim gave me a lesson in shooting my pistol. I bought a .45 Glock semi-automatic in July, but I was pregnant and didn’t feel like going shooting because my pelvis hurt constantly, I had daily Braxton Hicks contractions and was out of breath and cranky.

You might be a redneck if…you’ve ever been too pregnant to target shoot.

I better pull up my shirt collar a little. Ahem. 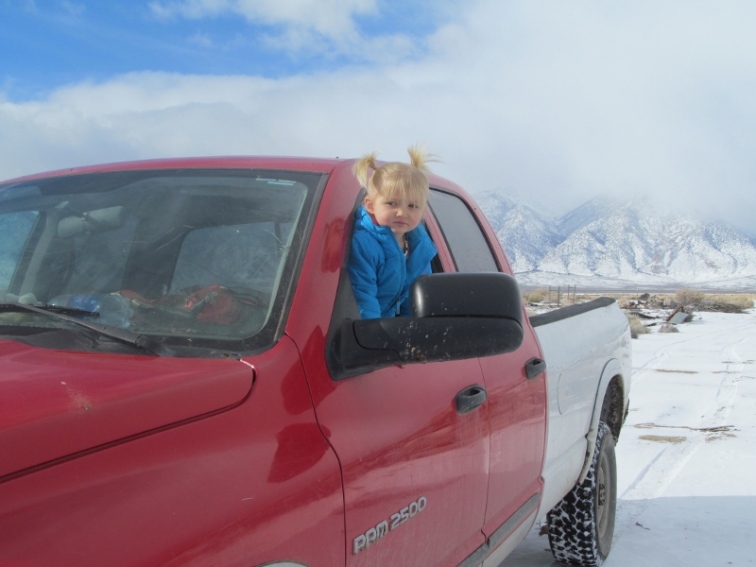 “Hellooooo….does anyone care that the toddler is BORED?!” 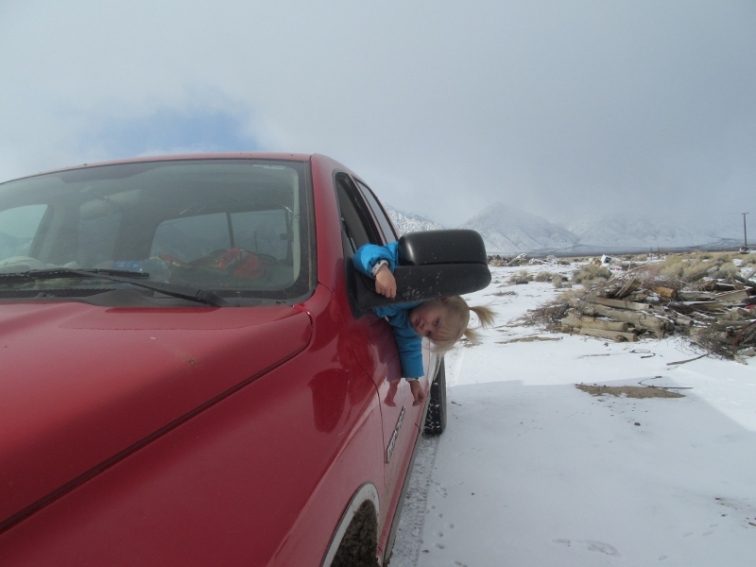 “Not now, honey. Just stay in the nice warm pickup while Mommy fires off a couple clips.” 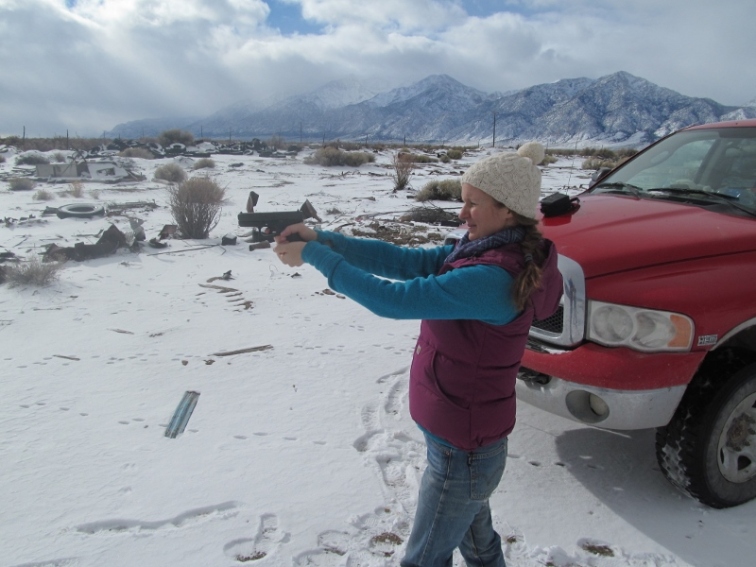 I hit my target five times out of six from 40 feet! I got my pistol for self-defense, so it’s comforting to know that if a five-gallon bucket ever attacks me, that sucker is going DOWN. 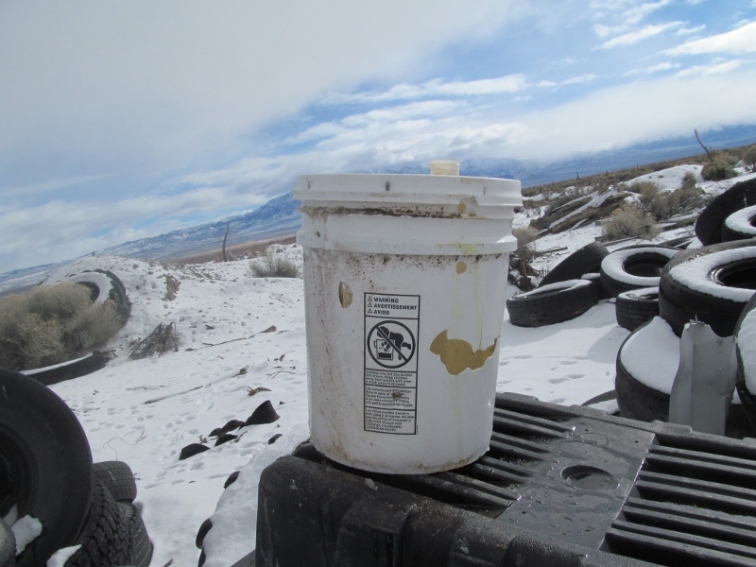 On our way back to the house, we ran into Santa Claus. He was heading home from breaking ice for his calves. Did you know Santa not only has to stay up all night delivering gifts to all the children of the world, he then has to break ice for his calves in the morning? He’s a hard working fellow, that Jake Powers. I mean Santa. 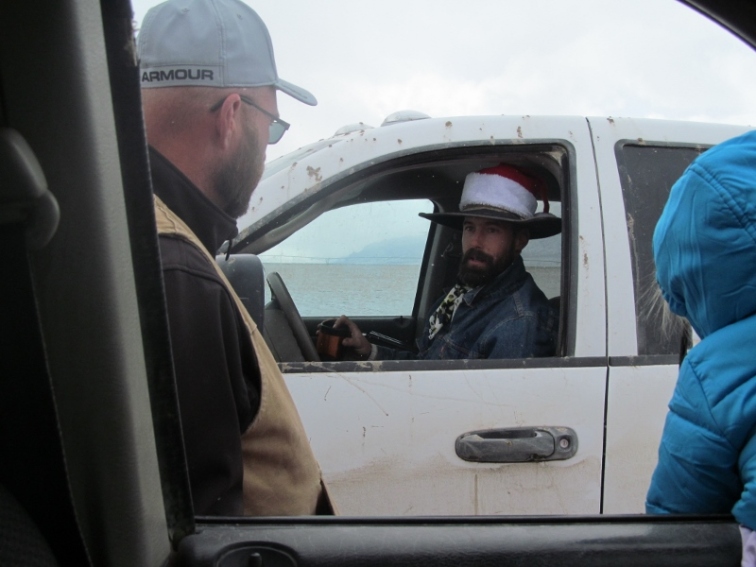 I hope all of you had a wonderfully merry Christmas! Have fun ringing in the new year and make 2016 the best one yet.

2 thoughts on “Christmas In The (Sagebrush) Sticks”