“Most people go to Hawaii to vacation,” my husband said. “We’re going to Bruneau.”

I was just glad we got to take a cowboy vacation and didn’t have to quit a job to do it. Technically, Jim went to Bruneau, Idaho to haul water and feed cubes to cows there for a week, so it was more like a working vacation. The trip got me off the ranch and into town for a week, though, so I totally counted it as a vacation.

Grace and I followed behind Jim in our personal pickup. After 60-ish miles of this 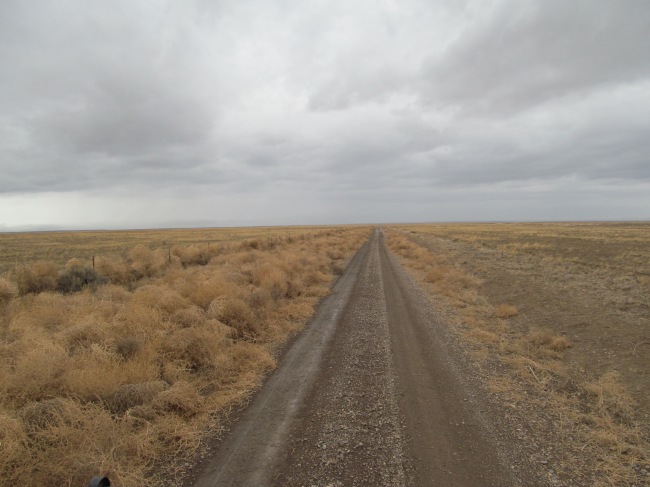 we ended up in Bruneau, population one bar and a whole bunch of Tindalls. Here is one of the town’s two convenience stores:

Our getaway villa (aka “the Simplot bunkhouse”) was conveniently located across the street from the convenience store. How convenient! One night, I wanted a cocktail but realized we didn’t have any Coke. Jim put a coat on and said he’d be right back; he was going to the store to buy me some soda. He was back in about nine minutes, a lot different than the hour-and-a-half round trip to the nearest soda-selling store from our house at the Diamond A. It was so fun, I had to run to the store for beer and tortillas once – just because I could.

The other bunkhouse guys let us park there, even though we don’t drive a Ford F-series. Somebody had to class up the joint a little.

We had fun visiting with the Lisles, Kellys, Tub, Brooke, the bunkhouse guys, and assorted other folks at the Pastime. Jim’s goal was for me to visit someone every day (something about I needed to get socialized before we went back to where the hoot owl winks at the chicken). We had pizza at Becky and Rolly’s, cheeseburgers at the Pastime, wine at Becky and Rolly’s, beer at the horse barn/bunkhouse/bar, and taco night at our villa.

Grace had lots of playtime with other short people, including our friends’ daughter Lena who is two months older than Grace. We let them unpack the beer box for an affordable, safe baby activity. See the toilet paper roll in the background? I also let them TP the bunkhouse. I’m setting them up for a super fun Halloween night one year.

…which made Grace become upset and start to fuss, so Lena patted her on the back to console her. They’re bound to be buddies, even if one has a warped sense of justice.

Who knew that Tub was the Baby Whisperer? 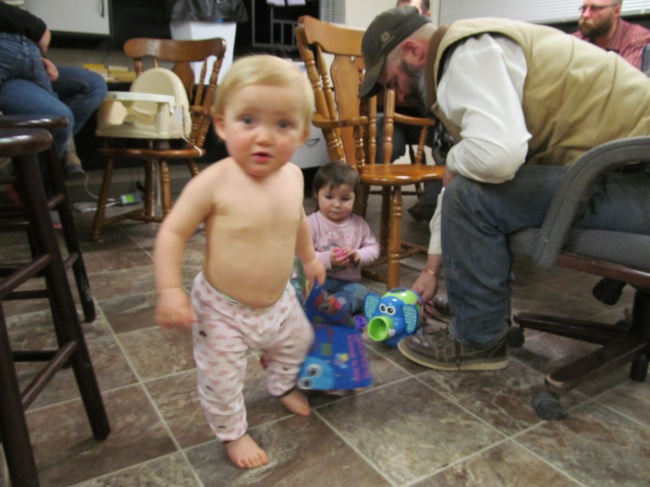 After a few rounds had been consumed, Grace wound up topless. I have no idea where she gets this predisposition.

When we weren’t eating, drinking and watching Tub babysit our kids, Grace and I got to tag along with Daddy to feed cows.

The cows loved the cubes and came running from over a mile away to the feed truck.

I particularly enjoyed this old gal’s running style. She was like a pregnant lady in the ice cream aisle. 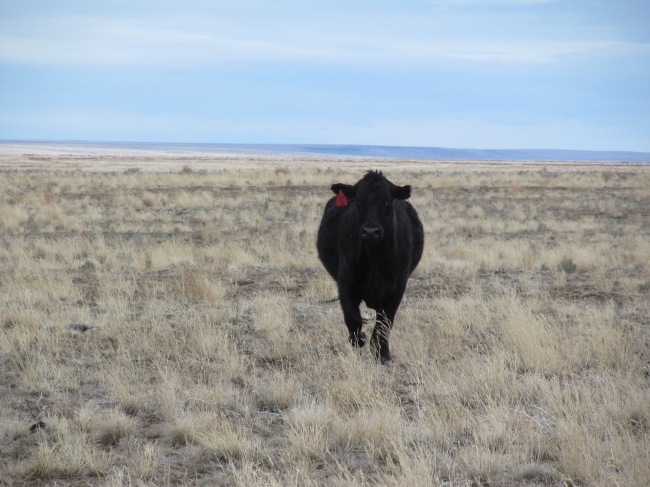 On the way back to the villa/bunkhouse, this happened. 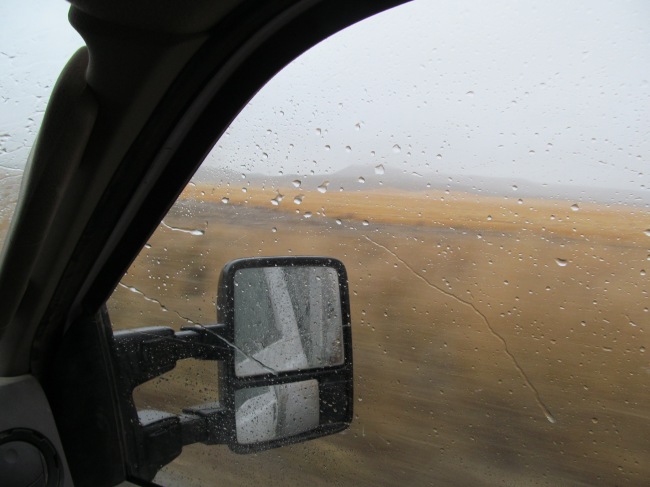 It rained. All afternoon. It was wonderful, beautiful, glorious, and I’m pretty sure it was because we were hanging out with Natives. Just kidding, Kelly family!

Back at the bunkhouse, we turned the munchkin loose and said to ourselves, “Hey, we don’t live here.” Just kidding, bunkhouse guys!

She was slightly obsessed with this mirror. As in, she made out with her reflection every chance she got. Girl knows a looker when she sees one.

We’re back home now, and I while I enjoyed visiting friends, hearing traffic, and running to the store for soda, it’s nice to be back in our little white house on the edge of the wilderness.

Look for the Nevada Rancher magazine on Facebook and call 866-644-5011 to subscribe. We’d love to have you as a reader!