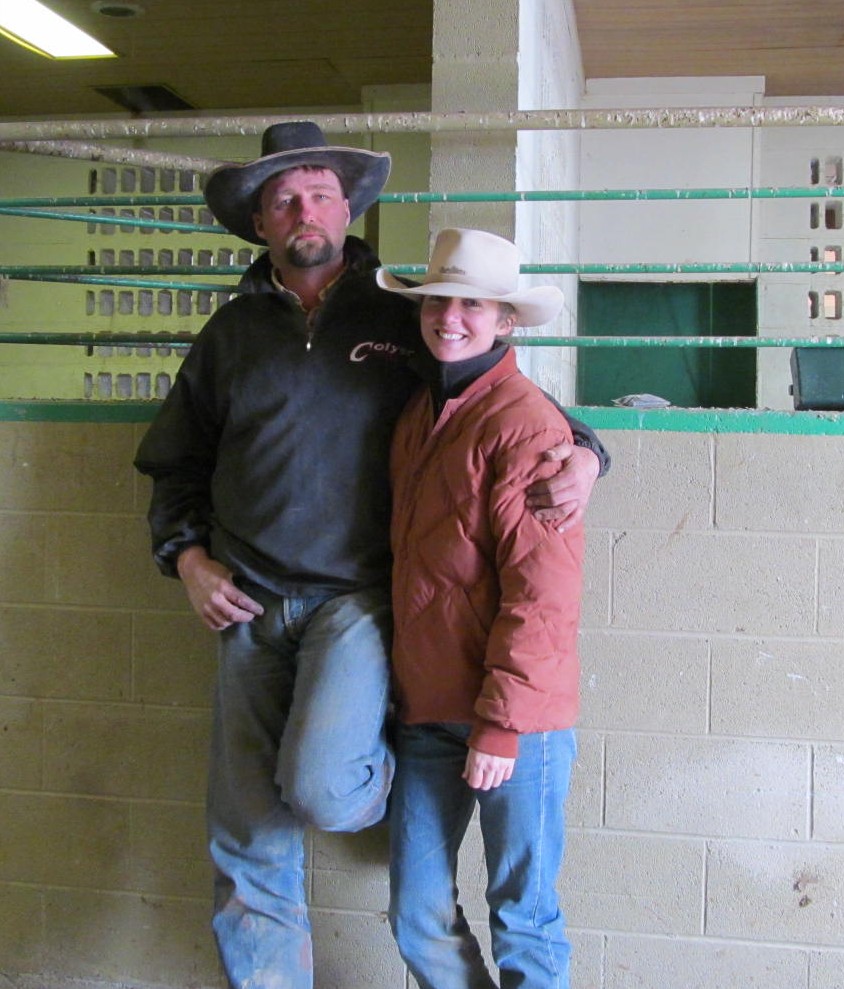 So, you found a man who can start a colt,
And ride and rope and shoe.
He packs a roll of tape in the pickup,
And always carries a can of chew.

You like the way he shapes his hat,
And his horse is always bridled up nice.
If he ever asked you out on a date,
You sure wouldn’t pause and think twice.

There is definitely an unmistakable – if not universal, then dare I say international – appeal to dating an American cowboy. A dyed-in-the-wild-rag buckaroo from Bruneau, Idaho dated a gal from Australia last year. Maybe they’re still together? I’m not sure, I haven’t been north of the border in a while. At any rate, like my husband says, “No girl ever daydreams about being swept off her feet by a CPA.”

All you’re thinkin’ about is boots and dresses,
And fixin’ your hair to go party at Stockmen’s.
Or the Cowboy Bar or Winners,
Maybe the Pasttime or Taylor Canyon.

Dating a buckaroo is about like dating any other guy; you always put on extra mascara, he always shaves, both of you are attached to your phones at the ear. There’s so much to learn about each other, so you talk until midnight, one, two, three AM…then the alarm goes off and it’s time to check your phone for a good-morning text.

Then during a date he asks you to marry,
And you happily accept that ring.
You’re not sure exactly what makes a marriage,
But you envision a lifetime of riding and roping.

Then you’re on your fourth move in just two years,
And your saddle still looks brand-new.
You can pack the whole house in three days flat,
And if you really had to go, probably two.

Single cowboys move around a lot, and, as it turns out, married cowboys do, too. After a while, you’ll get smart and only unpack the items you require for everyday use, such as kitchenware, clothes and tack. You’ll hang just enough pictures to cover the holes in the walls, and keep your kid’s toy collection whittled down to just the 150-200 toys she actually plays with.

He’ll take you and your furniture with him,
But mention every new item you buy.
Because he knows he’ll be loading it up in six months,
When he and the boss don’t see eye to eye.

A cowboy’s independence is no joke,
It’s not just a line in a song.
One of the pillars of the cowboy lifestyle,
Is the ability to just move along.

We have worked (I always think and say “we” even though Jim is the one working the job, and I’m the mommy/wife/reporter-type person) on ranches where maybe the boss is a little too rough on horses and expects his cowboys to be the same way. I told Jim that if it came right down to it, and he refused to exert his horse to a dangerous point for the sake of working cows, that I’d fully support his getting fired over it. He’s a talented, experienced cowboy who can get a job on another ranch within two phone calls; I’ve seen him do it before, and I ain’t scared to see him do it again.

When you’re packin’ up all your stuff yet again,
And you call your friends in town.
They’re like, “What the heck are you doing?!
Are you ever going to settle down?”

They have their point-two-five acre lot,
And only file one W2 each year.
They think you’re nuts for moving so much,
They don’t think it’s an actual “career.”

At times like this, you call up the wives,
Of other wandering buckaroos.
It can be tough to relate to folks who don’t see
That “We’re moving again!” isn’t news.

Anyway, it’s neat to have more friends via our travels than if we had just stayed on one ranch for 10 years. Lots of our friends travel around a lot, too, so we meet people through them, and we have even more friends. Friends are fun. Friends are important. We like our friends.

So, if you still wanna marry a buckaroo,
My story hasn’t made you want to drink shots of tequila,
Then you’re probably my kind of crazy,
I’m heelin’ what you’re headin’ – I feel ya.

After all the guys I dated in college,
Who didn’t ride and rope and shoe.
But had steady jobs and owned their own house,
I’m glad I married my buckaroo.

He saddles my horse before each branding,
And makes sure he’s tuned up good.
Then I get to watch how sexy he looks,
Throwing scoop loops like a buckaroo should.

We’ll never have a six-figure income,
Or vacation on a luxury yacht.
But we make nice horses and love each other,
I couldn’t ask for more than I’ve got.

If you like this kind of writing and Mary Williams Hyde’s awesome buckaroo pictures, check out our brand-new, first-ever, hot-off-the-press 2015 Cowboy Dictionary calendar! Go to http://www.buckaroocountry.com to check it out and order. Thanks for reading!

13 thoughts on “So you wanna marry a buckaroo?”