To celebrate Independence Day, Jim and I left our kids with his parents and went to town for a day date.

“Hey, look at me!” I said as I walked across the yard. “I just left the house without a diaper bag!”

Then I got in the pickup, threw two graham crackers into the back seat and patiently said “I can’t pick your sippy cup up off the floor right now; Mommy is driving.”

I quickly snapped back to reality when I realized I was sitting in the passenger seat. Or, as it is known here at the ROs, “the gate-getter seat.” I don’t know what cowpunchers have against cattle guards, but I do know that there are 6 gates between our home at the Triangle N camp and town. That’s a total of 12 gates to open and shut in order to visit civilization.

The tedious chore was totally worth it that day, though, because I was footloose and child-free with my hubby! I looked forward to a quiet drive to town followed by a leisurely lunch at a steak house, then wandering slowly through an art gallery filled with breakable objects. But most of all, I looked forward to what moms of young children crave more than that second cup of coffee each morning: using the restroom alone.

It would be such a treat to relieve myself without trying to keep the one-year-old occupied by asking “Can you bring Mommy more toilet paper?” – even though I already held half a roll – and telling the four-year-old “Do NOT open that door until my pants are up and buttoned!”

Once we arrived in Prescott, we went to the Phippen Museum of Western Art. I thoroughly enjoyed all the cowboy paintings, sculptures, written information and historical gear. Plus, since my husband and I went to the museum sans kids, I only had to say “Don’t touch that!” once.

We bought an illustrated print of Gail Gardner’s “Tying Knots In The Devil’s Tail” to commemorate our date, because in our marriage it’s an annual event that deserves a souvenir. After leaving the museum, we wandered leisurely around a few stores, where we enjoyed browsing and shopping without anyone throwing a temper tantrum. Jim had a close encounter with a hunger-induced meltdown, but he quickly threw a king-sized Snickers at the problem and I immediately calmed down.

After my chocolate appetizer, we ate at Texas Roadhouse and called the grandparents to check on the kids. Neither of Jim’s parents answered their phones.

Hmmm. I figured they were just fine and we shouldn’t worry about them at all; in fact, we should just stay the night in town and catch up with them the next morning.

Ha! If you believed that, then you’d believe that we could rent an ocean front room in Prescott. Truth: I insisted Jim call his parents every 7 minutes, then begged him to swing by the hospital just to check. He kept driving, so I wondered aloud how to issue an Amber Alert. Jim wondered silently how in the heck motherhood can make one petite woman so enormously crazy. He didn’t have to wonder this aloud, because after 5 years, I know that look on his face.

We made it home just about dark. The kids were fed, bathed, and ready for bed. Grandma and Grandpa were worn smooth out, and I was happy to have a kid in each arm again. My internal maternal conflict was worth it, though, because I got to spend a whole day with just my husband. Using a public restroom alone was pretty great, too.

This picture is from our last date, which occurred in October of last year. We didn’t get a picture from this year’s date. We bought a souvenir, though, so that will remind us of the occasion until Date Night 2018. 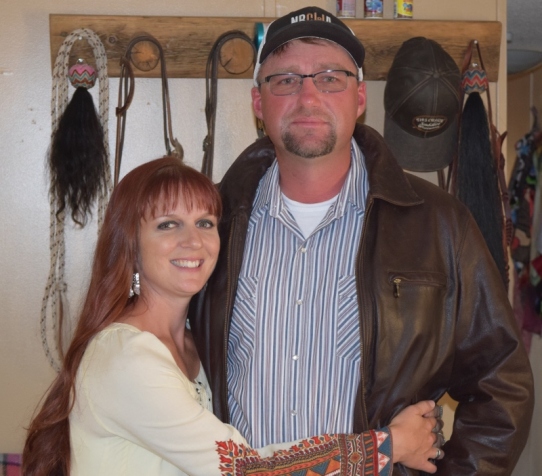